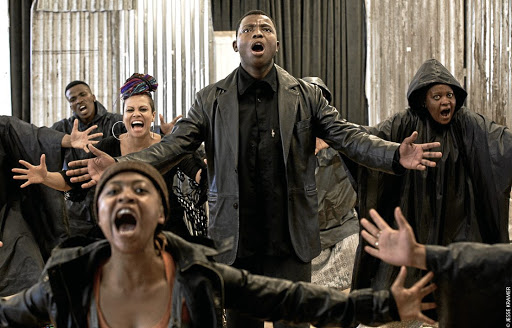 The music is composed by singer-songwriter Zwai Bala, with lyrics by Mkhululi Mabija, and the piece is being directed by Neil Coppen and Khayelihle Dominique Gumede, with choreography by Standard Bank Young Artist award winner Sonia Radebe.

“The departure point was the original literary source,” says Gumede. “So, naturally, that’s the first place we went to for inspiration. There’s a lovely literary quality in the way in which he [Fugard] wrote this book. He can be self-effacing about the work at times and doesn’t feel that it’s his most successful.

“But I feel that’s because he’s a playwright and always feels strongly about the narrative impulse in his plays. And this was more of a literary and psychological work, which I think is incredibly interesting.”

What Gumede finds fascinating about the book, first published in 1980, is its character study — “a kind of psychological unpacking of what it means to be so devoid of emotion and get to a place where essentially your soul has been taken from you”. 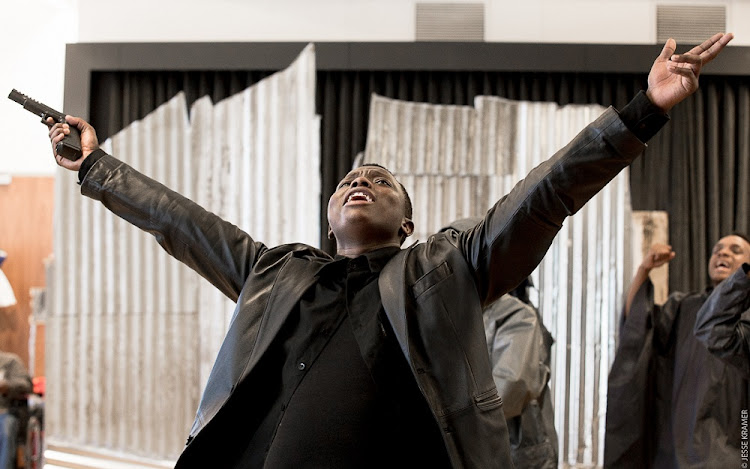 While Fugard has influenced the style of some of the dialogue and the creative rationale, the musical will make changes to his work. It moves the setting to the present, as Gumede believes that currently the country is still wrestling with the same criminal psychology.

For composer and musical director Bala, a member of kwaito group TKZee, the approach to writing the music is similar to writing film scores. It begins with the setting and proceeds from there.

“I think I’m fortunate, because I’ve got all this ‘African-ness’ in me and I’ve got the story inside,” he says. “Approaching something like this — in fact anything I create — I have to feel it first. It’s an emotional investment. So wherever I want to take the audience, I have to be taken there while I’m working.”

As a former member of the Drakensberg Boys Choir, his inspiration comes from many genres. But more important than the range of his musical tastes is the experience he gained throughout his career.

“I’ve heard all sorts of stuff —from one extreme to the other extreme — by going around listening to Zionists in the townships to the struggle songs back in the 1980s.

“So what is this work going to be like? It’s township, but it’s also a musical. They’ll [the audience will] be surprised.”

In researching and preparing for the title role, Majozi spent two months with gangsters in Durban, observing their reactions to their surroundings and their everyday lives.

“It’s the story of our lives growing up in this beautiful country,” he says. “I grew up with many township role models who had the cars, the girls and the money. In fact, my uncle was a gangster.”

Majozi feels his life has been leading up to this challenge. It’s a life-changing experience to work with a great team that shares the same sentiment and love for what they do, he says.

“I’ve been exposed to cameras and microphones and big world stages performing my ethnic hip-hop music. Now dancing, singing and acting in a musical of this magnitude is breathtaking.

“I can’t say I enjoy the early morning rehearsals but this is a huge opportunity and I’m happy to make the sacrifice,” he says.

Although audiences may be familiar with the 2005 film adaptation of the book that won an Academy Award for Gavin Hood, codirector Neil Coppen says the musical will not be a direct translation of the film. Although some plot points are similar, this production is a different creative project.

“While the narrative will be familiar to audiences, there are significant new characters, plot changes and exciting new story-lines that will allow audiences to feel they are journeying with this story for the first time, or at least rediscovering it in a completely fresh way,” he says. One of the ways in which this stage adaptation will be fresh is in its choreography, which Radebe describes as “a blend of contemporary Afro fusion” with a twist of street dance and traditional moves.

Coppen says he believes audiences will find that the adaptation is an original and surprising take on the book.

“It is a story of empathy, love, forgiveness and redemption,” he says. “It’s a message that, at this point in time, humanity needs to be reminded of more than ever,” Coppen says.

• Tsotsi: The Musical is at the Artscape Theatre in Cape Town from February 8 to 17.