Tickets are available at R850pp.

Cape Town Opera celebrates the work of great American composers: Samuel Barber, Leonard Bernstein and William Bolcom are recognised for the genius of their respective songwriting careers and for their remarkable output in an array of musical idioms. Amy Beach, meanwhile, was a prolific composer who – despite relative obscurity – was in fact the first female American to receive serious and widespread recognition for her work.

Born in 1847, Amy Marcy Beach was a piano prodigy who made her Boston concert debut when she was 16; she took to composing after marrying, producing symphonies, piano concertos, large-scale orchestral works, festival music, and over 150 songs. Her rather grand, sentimental Romantic music was performed widely as part of the early-20th-century concert repertory, although she has been largely neglected since her death in 1944, and her work has only recently been rediscovered and revived.

Barber (1910–1981) was a Pennsylvanian who composed widely for stage, orchestral, chamber, piano, choral and vocal idioms – his reputation was for unflinching adherence to a personal voice, stubborn devotion to classical style, and a distaste for experimental movements of the day. By the middle of the century he was among the most frequently performed composers in Europe and

the US. His lyrical style and expressive voice never left him, nor his instinct for graceful proportion and an affinity for Romantic emotion.

Known for his flamboyant style as a conductor, and his larger-than-life personality, Bernstein (1918–1990) might well be America’s ultimate all-round 20th-century musical superstar. He left an indelible impression not only on classical music but also on popular culture. Having first drawn acclaim as an

electrifying conductor, his compositions have been cemented in memory across a spectrum of genres – from operetta (Candide), to film scores (Elia Kazan’s On the Waterfront), to musicals, including the eternally popular West Side Story (1957).

Like Barber, Bolcom (born 1938) is a recipient of the Pulitzer Prize for Music. He is considered an icon of American eclecticism, composing in multiple musical genres – operas, symphonies, concertos, sonatas and songs for cabaret. He also won a Grammy Award – for Songs of Innocence and of Experience.  The culmination of 25 years spent working on the piece, his setting of 46

William Blake poems for solo voice and piano, orchestra, and chorus is considered a groundbreaking achievement in contemporary classical music.

Cape Town Opera presents this celebration of American greats in association with Quoin Rock Wine Estate, under the musical direction of José Dias and with the voices of soloists Brittany Smith, Ané Pretorius, Nkululeko Mqobongo and special guest William Berger. 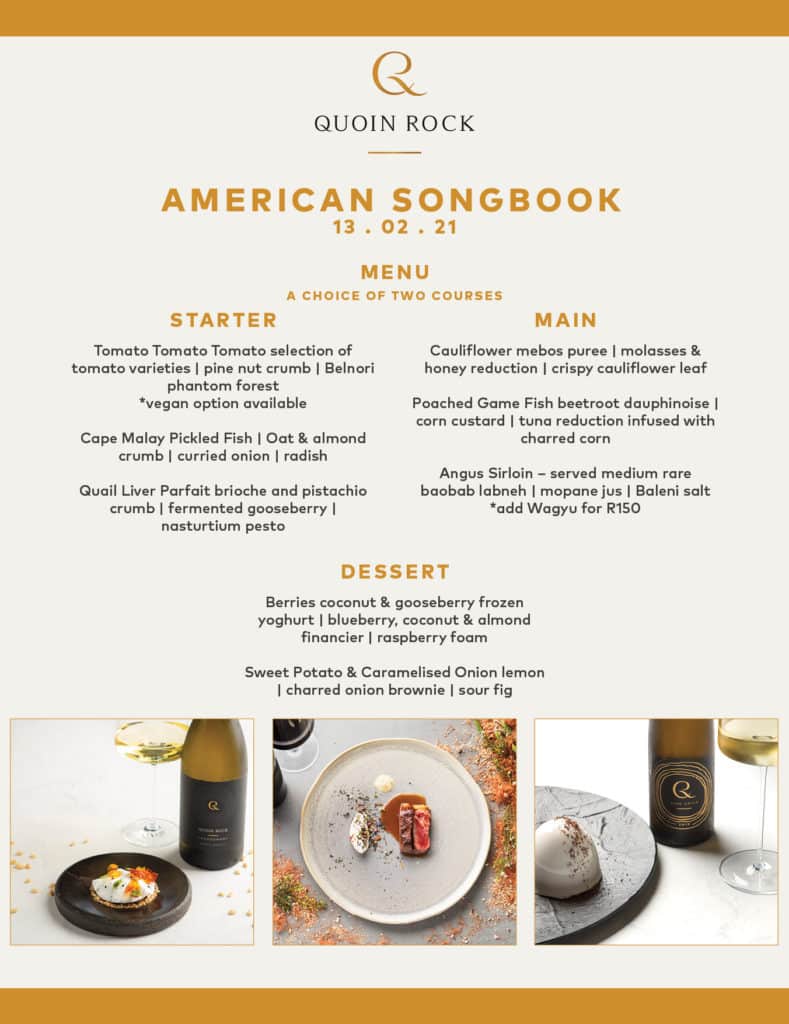